NOTES FROM A HEALER

In a session yesterday with a delightful girl a couple of insights came through that I wanted to share with you in order to help your healing.

Her issue was that she felt ** she couldn’t stand up for herself ** and this was a second session.

I will give you a step-by-step account of how I helped her.

I asked her where she felt that in the body, how it was represented. She said as nervousness in the stomach.

The reason I ask this is that I am not interested in the client’s conceptualisation of the issue, but how it is FELT somatically and experientially. For me, the healing takes place in the mind-body continuum, not the head.

The KEY TO RELEASE is not in the head, in how it is conceptualised by you, but through the intelligence in the feeling itself. The feeling contains the sacred path to the ORIGIN of the issue at hand.

As a side-note, many of us live life in the head, and not in the body-mind, as a result we become cut-off from the natural intelligence our body gives us. Not only that but we are cut off from the healing available if we only give ourselves the permission to FEEL rather than conceptualise.

I asked her to ask Spirit “Spirit, when was the FIRST time I felt this [nervousness in the stomach]?” and to then let the feeling take her to a FIRST MEMORY of this.

The THEORY being is that present day ‘ills’ are only ever a surface-level representation of a deeper wound that was laid down at a significant point(s) in the past, usually childhood.

I ask the client to ask the SPIRIT part of them as we as body-mind often cannot know the FORMATIVE MEMORY, as it is hidden under years of life and adulthood. Spirit is all-seeing and KNOWS what the formative, punitive memories are.

The MEMORY that came to her was of father shouting at her at a very young age for coming into the parents’ bedroom and sitting on the bed naked. She was completely confused and upset, at that age, as to why that would stir his anger. (His huge anger had been a significant theme in her life and had impacted her in lots of ways).

As a healer, I then bring Divine Light into the memory (2 parts to this: we are all connected from a mind perspective and we all have access to Divine Light given that is our Source) to transmute the memory — ie replace the fear and discomfort with Love — which then heals that part of her mind.

I asked her if anything had changed in the memory. She said “Yes I can sit there now v happily without being shouted at!”.

I asked her how her nervousness was in the tummy, she said almost completely gone.

I asked her how she felt about standing up for herself, she said ‘no problem!’

We then did more FORGIVENESS work around her father, using a very powerful prayer that I have been using of late, plus a visualisation of the father’s true nature beyond the body (which is Pure Divine Light)

By the end she said she could only feel love for her father which given how she felt toward him pre-sessions was great.

Dan gives COMPLIMENTARY CONSULTATIONS for new clients so that he can give a full appraisal of your key issues and challenges and then offer you a solution to release them. 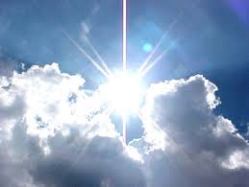