“Miracles are natural. When they do not occur something has gone wrong.” ~ A Course In Miracles Chap. 1I wrote yesterday (http://wordpress.com/read/post/id/48129995/443/) of the great shifts that can occur when we apply Divine Laws to our physical health — given that we are mind, body AND Spirit.

Given my academic background and highly skeptical nature (some could say ‘Dawkinsesque’!) I was never truly satisfied with the ‘wishy-washy’ ways in which Spirit and Divinity were presented to me, largely by organised religion. In fact I was always slightly put off.

When I found my own Truth, my own Spirituality – my own Soul – largely through a series of game-changer books ..

.. it illuminated the missing-piece in the jigsaw for me, without which life made absolutely no sense, with all its comings and goings, vicissitudes and temporary highs and lows. The Light within, and therefore without, was illuminated. I had found a natural joy, the nature of who we truly are beyond the conditioned, materialist mind.

It was also in the course of this journey that I developed a seemingly innate therapeutic ability, first through such things as NLP, Hypnosis, TFT, EFT and then Reiki, and a specific form of Spiritual Healing (NFSH). All of which were fine, but were too broad, too generic for me and often only really softened and/or suppressed symptoms and did not access and heal the deeper, unconscious root-causes.

I found I not only had an ability to help others therapeutically, but that I could also channel healing energy into things like badly broken arms (e.g. I straightened a girl’s arm in the space of a minute who hadn’t been able to straighten it for 6+ months after she’d shattered it after a hit and run accident). These phenomena felt totally natural to me, because I knew that beyond the body/mind we are Divine Love and Perfection. Perhaps the healer is just accessing a Divine Version of the patient. The Divine Blueprint that lies waiting beyond the current ‘broken’ or poorly form of the body.

The true journey-changer for me was the wonderful psychotherapeutic and spiritual text A Course In Miracles, a channelled material, about 1000 pages in length, whose tenets and principles beautifully laid out, have seemed to accelerate my healing knowledge and abilities exponentially.

There is one particular paragraph in there which brought years of learning and self-study together in one hit:

So the cause of sickness is a related ‘unforgiveness’ in the mind – a past emotional wound that we need to somehow uncover and then clear.

This perfectly explains how I was able to bring about the healing in the man’s knee yesterday, and these are his words he kindly shared from that session:

“I have been applying FasterEFt on my knee injury for a few months now. Through the process I had an incline that it may have been due a specific memory and a wider issue, that of guilt around my family. Although I had made some progress, there was still pain and I felt I had not fully resolved the guilt issue. I came across Dan in an article, and what he wrote about fully resonated with me, since this was the basis of what I had been trained in. What I felt Dan was offering was a deeper level of healing that goes beyond the conscious mind, and the “forgiving” part for me was where I knew this healing had to happen. The actual healing part of the session lasted about 30 minutes, and I started to feel a tingling sensation in my knee whilst Dan was doing his “magic”. After he finished, I asked him to wait whilst I tried to do something which I have not been able to do since the injury, to sit cross legged, to my surprise I could do it. I was amazed and in disbelief at the speed. Its been 24 hours now since the healing and what I have noticed is that my family have triggered me again and I have felt the pain coming back, but now I change my focus and use what i experienced with Dan and like a miracle the pain subsides. My wife was also surprised yesterday when I showed her, and she now also wants a session with Dan. Thank you Dan, it was amazing and I would love t learn what you do so I can bring it into what I practice. God bless you in your work, and look forward to our next session to address Karma.” 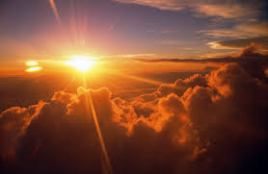 2 thoughts on “ALLOWING THE MIRACLE TO OCCUR”